So with those reviews, we headed out! 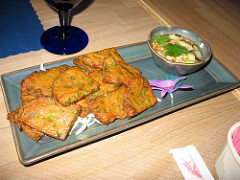 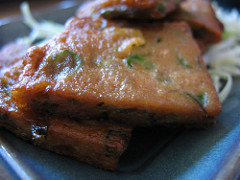 They were ok (meaning they weren't as good as the reviewer said_ =P  Maybe I'm just too Asian?

This is what Frank and Betty ordered: 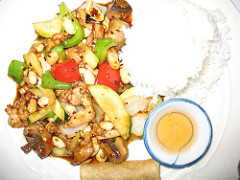 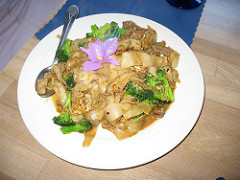 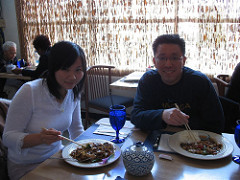 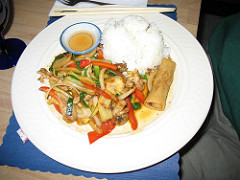 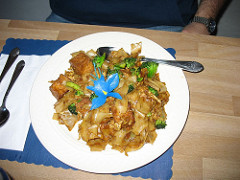 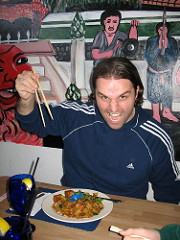 Drew ordered the massaman curry from the dinner menu (not on the lunch menu). 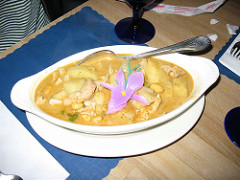 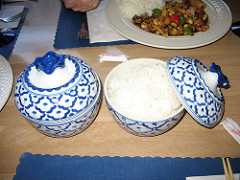 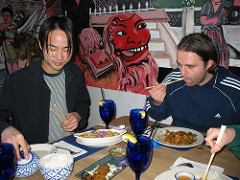 Looks GOOD!  Did you notice all the fake orchids in the dishes???? =)

The curry was mildly spicy, with a nice creamy sweet flavor.  I think it's like the Portuguese curry you get from Macao (if you know what I'm saying…you're a real HongKongese!!)

And I ordered the catfish in red curry…Thai HOT!!!! 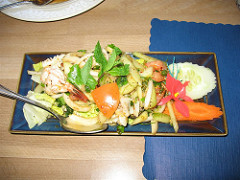 Does that look right?  I didn't think so…and after consulting the table, we decided they had screwed up.  But wait…no….it turns out I misordered, cuz I was pointing to the Thai menu, thinking it was the catfish/red curry….blah.

I don't believe it! 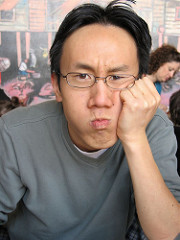 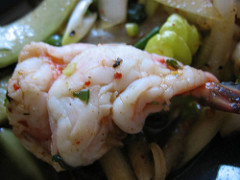 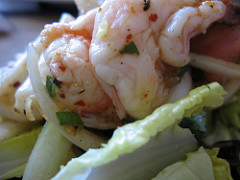 but it was spicy and painful after all…… 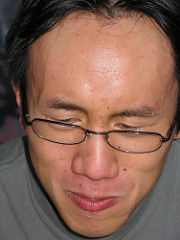 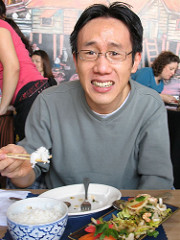 …though not enough to overtake Korean kim chee @ Ar-ri-rang!!!!!

If Lunch Queen were here, she would definately be against that expensive lunch!!!

blah….so here's a pix of us leaving 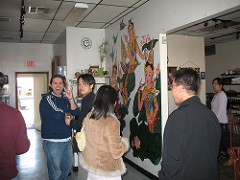 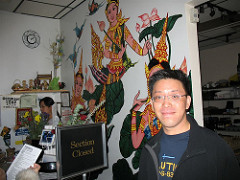 Yeah…that's Frank on the right.  You know I had to take a pix of you, right?

The dishes seemed pretty authentic, but I'll have to go one more time to decide for sure.  I think some dishes were overpriced (i.e. the seafood salad), so that was a big minus.  And I had to take into consideration of the screw up in the ordering….so….

mmm…Thai food…
I don’t know if you’ve found out these restaurants or not, but I did a quick “Albuquerque” search on the food message board that I frequently visit several times a day…

Of course, keep in mind that this is just what *other* people are saying in different postings and pages, but maybe that’ll jump start the ongoing food searches? =)

Lemme know if you need some more rec’s! 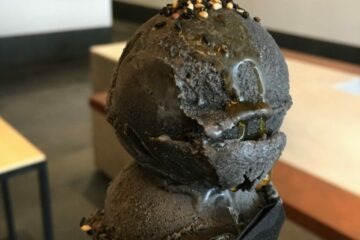 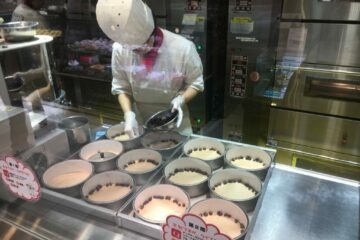 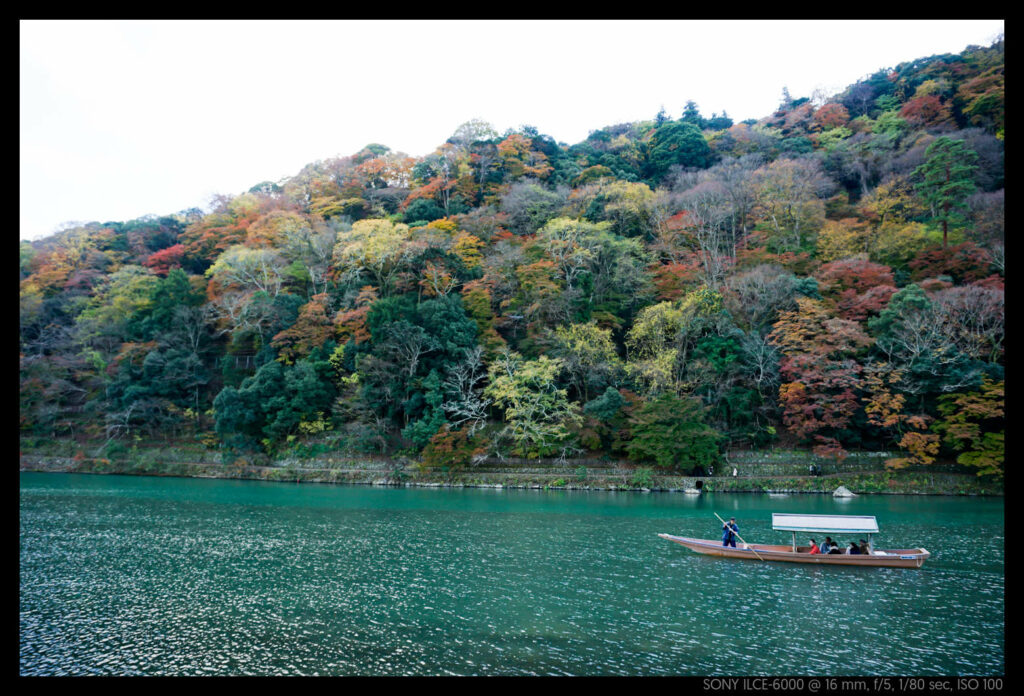